A world without pesticides?

It's been well known for quite some time that the human population has been booming like never before. Thanks to advances in technology, medicine and science, people are living longer lives and creating bigger families to follow in their footsteps.

While it's always a benefit for people to have an improved length and quality of life, it also puts a strain on natural resources. Specifically, as more people are born, more food has to be produced. This need for food has created an opening for pesticides, which have been used to minimize pests and help crops flourish.

There are many downsides to using pesticides, which has made many people look into more natural ways to farm food. But can all natural farming happen for global food production and still keep up with the high demand for products? Read on to learn more about what global food production would look like without pesticides and if that's a possibility for the future.

The idea behind the creation of pesticides was one that hasn't disappeared. Farmers still want to protect their crops from pests without adding to their already busy workload. One of the ways pesticides met this need was by using chemicals to target pests, but that left farms around the world with many different, environmentally dangerous problems.

Pesticides release chemicals into the environment where they're sprayed. Harmless bugs are killed when they're caught in the spray, and other animals are hurt when they drink chemical runoff after fields drain into local rivers.

Soil is another key farming element that's damaged by pesticides. After the pesticides are sprayed, they can alter the soil's pH levels and make it more difficult for crops to grow. When the soil's structure is weakened, it erodes more easily and gets washed away by heavy rains.

Without the presence of pesticides, fields would be greener in every sense of the word. The soil would be healthier, erode less easily and the surrounding environment would be safer for wildlife and plants trying to thrive.

Farmers have relied on pesticides for decades because they're easy to use. It's especially easy if they've got bigger farms with equipment to spray everything for them while they're off the fields.

It may seem like stopping the use of pesticides would result in more work, but that's not true. It would just take a little more planning. One of the oldest methods of preventing pests was crop rotation. Certain insects will die without a constant host plant, so when the crops are rotated, the insect issue goes away.

Other methods of pesticides could be sprayed too. Bugs will never entirely stop eating at plants even with the best pesticides, but farmers can stop bugs from eating plants by using safer materials like vegetable oil, dish soap and rubbing alcohol to kill off current insects and prevent more from coming back.

Then there are other techniques like flaming. Flaming takes care of two problems at once, by blowing carefully directed fire towards hoards of insects and weeds. The hot temperature destroys weed cells and insects, preventing any live insects from re-invading and finding a home in the same spot.

Depending on what crop each farmer grows, the size of their field and where they live, farmers can find better techniques to fight insects without using pesticides with a little research and planning.

In order to get the world's production of food all grown without pesticides, farmers would need resources to learn the different techniques and growing processes.

Some groups have already thought of this issue and are ahead of the game. The International Federation of Organic Agriculture Movements (IFOAM) is a group that aims to unite farmers and work towards worldwide sustainable agriculture.

Meetings and summits provide an opportunity for farmers to learn more about sustainable farming and get rid of harmful practices like using pesticides.

Farmers can also learn more by taking online classes. Courses are available for a cheaper price than traditional university educations that result in certificates for farmers. They provide essential sustainable knowledge so farmers know how to replace things like pesticides with greener alternatives, while still keeping production up.

Access to online and in-person forms of education is one of the biggest steps farmers can take if the world were to switch over to pesticide-free farming.

If farmers were able to learn how to go green and leave pesticides behind, the only concern left would be to wonder if organically grown food could meet the demands of the current worldwide population.

Studies have been done to show that this wouldn't be an issue. Corn is one of the most important worldwide crops.

The issue with organic farming isn't the organic nature of how the crops are grown and cared for. Successful farming without pesticides would come down to farmers having resources at their disposal.

Methods such as crop rotation and flaming could keep bugs at bay, for much less of the cost of buying pesticides each year.

Armed with greener techniques and an eco-focused education, the global food production would look identical, if not even more bountiful, without pesticides. 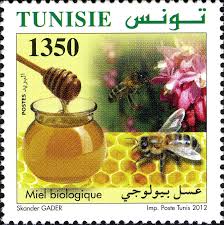