The drivers of worldwide insect decline

An overhaul of the agricultural industry is “urgently needed” to “allow the recovery of declining insect populations and safeguard the vital ecosystem services they provide,” wrote co-authors from Sydney and Queensland universities. The biologists conducted a systematic review of 73 historic reports of insect declines across the world.

Ten per cent of known insect species have already become extinct, compared to one per cent of vertebrates, they found. Of the insects that remain, 41 per cent are in decline. Over the past 30 years, the total mass of all insects dropped an average of 2.5 per cent annually. The “dramatic” fall suggest none will be left in 100 years, warned Francisco Sanchez-Bayo, of the University of Sydney’s School of Life and Environmental Sciences. “The rate of decline is really huge,” he told BBC Radio 4’s Today.

Butterflies and moths are among the worst affected, along with bees and dung beetles. Researchers said “a considerable proportion” of aquatic fly species had also been lost already. The review highlighted four key drivers of extinction: habitat loss caused by agriculture, urbanisation and deforestation; pollution; biological factors such as invasive species and diseases; and climate change.

Agriculture was the “main culprit” in 40 per cent of the studies reviewed, with researchers highlighting “the way we apply pesticides” as a particular threat. “We have been doing agriculture for thousands of years and we have never seen these declines,” said Dr Sanchez-Bayo. “The introduction of systemic insecticides has been in a big change in the way we do agriculture these days.”

The review, published in the journal Biological Conservation, said: “Unless we change our ways of producing food, insects as a whole will go down the path of extinction in a few decades. “The repercussions this will have for the planet’s ecosystems are catastrophic to say the least.”

Researchers added dwindling insect populations were further evidence of a sixth mass extinction underway among animal and plant species worldwide. A study published by researchers at Aarhus and Gothenbury universities last year warned mankind was killing off species so rapidly that evolution was unable to fill in the gaps.

Abstract of the Review:
Biodiversity of insects is threatened worldwide. Here, we present a comprehensive review of 73 historical reports of insect declines from across the globe, and systematically assess the underlying drivers. Our work reveals dramatic rates of decline that may lead to the extinction of 40% of the world's insect species over the next few decades. In terrestrial ecosystems, Lepidoptera, Hymenoptera and dung beetles (Coleoptera) appear to be the taxa most affected, whereas four major aquatic taxa (Odonata, Plecoptera, Trichoptera and Ephemeroptera) have already lost a considerable proportion of species. Affected insect groups not only include specialists that occupy particular ecological niches, but also many common and generalist species. Concurrently, the abundance of a small number of species is increasing; these are all adaptable, generalist species that are occupying the vacant niches left by the ones declining. Among aquatic insects, habitat and dietary generalists, and pollutant-tolerant species are replacing the large biodiversity losses experienced in waters within agricultural and urban settings. The main drivers of species declines appear to be in order of importance: i) habitat loss and conversion to intensive agriculture and urbanisation; ii) pollution, mainly that by synthetic pesticides and fertilisers; iii) biological factors, including pathogens and introduced species; and iv) climate change. The latter factor is particularly important in tropical regions, but only affects a minority of species in colder climes and mountain settings of temperate zones. A rethinking of current agricultural practices, in particular a serious reduction in pesticide usage and its substitution with more sustainable, ecologically-based practices, is urgently needed to slow or reverse current trends, allow the recovery of declining insect populations and safeguard the vital ecosystem services they provide. In addition, effective remediation technologies should be applied to clean polluted waters in both agricultural and urban environments. 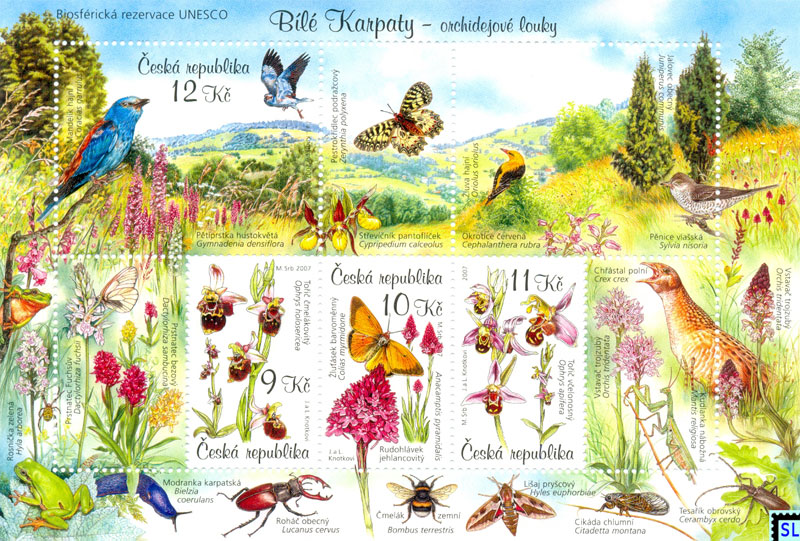