Bird populations are being decimated worldwide

A while back we took note of a study that showed populations of airborne insects have declined by 76 percent in protected areas in Germany over the past 27 years. Part of the picture was that the disappearance of bugs is likely to pose problems for other animals in the food chain. Now a recent study by French scientists revealed that bird populations in France’s farming areas have declined by more than one-third in the past 17 years. Both resident and migrant species have decreased sharply. The population of the meadow pipit (Anthus pratensis), a migratory songbird, has fallen by nearly 70 percent in this century. Meanwhile, a study in 2014 estimated that Europe has 421 million fewer birds than it did 30 years ago.

The researchers say the principal problem is large-scale agriculture, which is degrading habitat in a variety of ways. One factor is the large-scale use of pesticides that kill insects more or less indiscriminately, reducing the birds’ food supply. “There are hardly any insects left; that’s the No. 1 problem,” Vincent Bretagnolle, an ecologist at the Centre for Biological Studies in Chizé, France, told reporters recently.

Another factor is the large-scale use of herbicides (principally glyphosate, the main ingredient in Roundup), which more or less indiscriminately wipe out plants where insects and birds live. Yet another factor is the practice of large-scale monocultural crop cultivation: Habitat that used to support the diversity of vegetation, insects, birds and other animals necessary for them all to make a decent living is now dominated by mostly wheat and corn fields.

It’s hard to understand why this crap keeps happening. The ecological disaster of the 1930s that we call the Dust Bowl was caused by what amounted to wheat monoculture, in tandem with drought.

Birdlife International’s “State of the World’s Birds” for 2018 reports that at least 40 percent of the world’s bird species have declining populations. One in 8 of all birds is threatened with extinction.

“The State of North America’s Birds 2016,” a combined summary of bird population studies, says that one-third of all North American bird species are in some kind of trouble. For example, the report indicates that among 54 species of ocean birds, 57 percent are in crisis, meaning the numbers, ranges and/or habitat of 57 percent of ocean bird species are so drastically reduced in recent years that “urgent conservation action” is needed to ensure the birds’ survival. Among 164 species of coastal birds, 37 percent are in crisis.

Maine falls into the report’s Boreal Forest habitat region, where among 73 species of birds, 19 percent are in crisis. This relatively low percentage is regarded as good news for birds in our range. But if you take a slightly different perspective, it’s not a lot to cheer about: What would we think if the survival of nearly one-fifth of the humans in our range was threatened?

The U.S. Endangered Species List includes 297 birds, two of which, the roseate tern and the piping plover, are also on Maine’s endangered list. The federal list of threatened species includes 39 birds.

In Maine the bald eagle (Haliaeetus leucocephalus) is listed as a recovered species — which demonstrates there are things humans can do to help.

One good start is to recognize there is any problem to begin with. Something our so-called political leaders actively subvert. The U.S. Fish and Wildlife Service, an agency of the Department of the Interior, whose boss is Ryan Zinke, whose boss is President Trump, has asked for the removal of the long-standing “blanket 4(d) rule” of the Endangered Species Act, which provides default protection to threatened species. If Trump’s people get their way, USF&W will have to make case-by-case arguments to get protections for endangered species, something it has nowhere near the staff to do.

“What is required today is not simply a ban on pesticides,” Bretagnolle said of France’s habitat problems, “but rather a paradigm shift.”

Dana Wilde lives in Troy. You can contact him at naturalist1@dwildepress.net. His recent book is “Summer to Fall: Notes and Numina from the Maine Woods” available from North Country Press. Backyard Naturalist appears the second and fourth Thursdays each month. 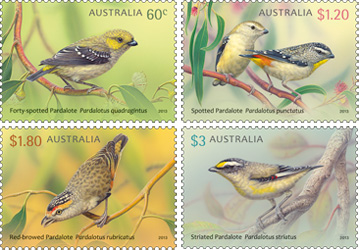