Whether through adverse changes to their natural environment or hunting and over-persecution, some of Scotland’s best-loved animals may not be around for much longer. Using figures provided by Scottish Natural Heritage, we look at a diverse list of species who are suffering low numbers in Scotland’s wilds.

With approximately 440 breeding pairs in Scotland, the Golden Eagle is Britain’s second-largest bird of prey. In Scotland, illegal persecution and the reduction of food availability are the main reasons for their decline. Those that remain are most likely to be found in the Highlands and Islands with some pairs in the Borders.

Reintroduced to Perthshire in 1837 after a period of extinction during the 18th century, Capercaillie numbers in Scotland have been falling over the last 40 years for a number of reasons. As pine forests have been given over to sheep, the bird’s natural habitat has been greatly reduced. In addition, hunting by foxes and a succession of poorer June weather conditions has made it harder for newborn chicks to survive. Nowadays it is estimated that only 1,200 capercaillies remain in Scotland today.

Submerged deep in the Atlantic Ocean off Scotland’s west coast, the cold water non-tropical coral reefs are breeding grounds and shelters for fish such as pollack and redfish. Their fragile build can be destroyed by fishing equipment, with this problem worsened by their slow growth. Barra and Mingulay feature reefs off their coasts which total approximately 100km squared, dating to over 4,000 years ago. The reef’s popularity with fish makes them a constant target of fishermen.

One of Britain’s few native mammals, the red squirrel is facing extinction at the hands of the grey squirrel introduced to Britain in the 1800s. As the less-colourful mammal is a better forager and immune to the deadly squirrelpox virus found largely in southern Scotland, grey squirrel numbers are increasing while numbers of their native counterpart decline. Of the approximately 160,000 red squirrels living in Britain, it is estimated that 121,000 live in Scotland.

The lochs of Perthshire, Speyside and Aberdeenshire are the only British habitats of the Northern Damselfly, which are extremely sensitive to temperature changes and pollution to their natural environments. Their long-established habitats all feature a constant water depth of 30cm maintained by a dam with inflow from higher ground. Rare and commonly confused with the Blue Damselfly, there are no concrete figures for the number of this rare animal that remains.

The Tiger Worm is a vital feature of Scottish forests as it eats dead plant material that rests on the soil surface. This then helps to replenish the soil with nutrients - a soil which, recently, has been polluted with pesticides thanks to changes in farming methods. In addition, the red-striped worm is under threat from the New Zealand flatworm, who eat their Scottish counterparts. Like the Northern Damselfly, no reliable estimations of Tiger Worm numbers in Scotland are available at present. 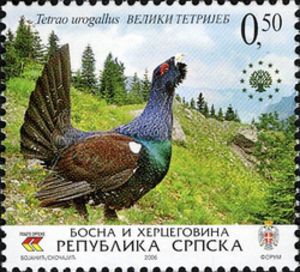