In just five years, the population of the peregrine falcon in the Forest of Bowland in Lancashire has tumbled from 30 birds to just a single breeding pair

Once described as the “Switzerland of England”, the Forest of Bowland offers an ideal habitat for the peregrine falcon. With its rocky outcrops and vast tracts of upland, it was until recently home to a thriving population of some 15 pairs of Britain’s fastest bird of prey. But almost as rapidly as Falco peregrinus sweeps from the sky to secure its quarry, the number of the species in the 880-square-kilometre beauty spot stretching across Lancashire has plummeted. In just five years, the population has tumbled from 30 birds to just a single breeding pair. The dramatic decline has set alarm bells ringing among conservationists, who point out that there are now more of these graceful predators living in England’s cities than across a vast swathe of the North stretching from the Peak District to the Yorkshire Moors and the Pennines.

The reasons for the disappearance of Bowland’s falcons are still not fully understood. But the Royal Society for the Protection of Birds say that elsewhere the illegal killing of raptors – birds of prey – by rogue gamekeepers on moorland used for shooting red grouse is thwarting attempts to conserve species. Hen harriers, once abundant in the UK, are on the verge of extinction in England after the last two pairs this year failed to breed.

The crisis is also causing strains within the conservation movement, sparking an unseemly row between the RSPB and a group of local raptor campaigners.

The Independent can reveal that the charity, Europe’s largest dealing with wildlife, has used one of the world’s biggest law firms, Clifford Chance, to write to the North West Raptor Group demanding the removal of “libellous” material from its website. The NWRG claims the RSPB has failed to protect the local peregrine falcons, and has not been candid about the scale of their decline.

Terry Pickford, the NWRG’s founder, accused the RSPB of “intimidation”, saying the group, which had its licences to monitor bird-of-prey nests in Bowland restricted in 2010 by the Government’s wildlife adviser Natural England, was raising legitimate concerns about the decline in peregrine numbers and the safeguarding of the species. The group had previously complained to the RSPB after two of its members were approached by a warden earlier this year while watching a peregrine site and later asked to attend a police interview. The two men were told they had no case to answer but the RSPB said its warden had acted appropriately.

Mr Pickford said: “It feels like the RSPB does not like criticism and is going to extraordinary lengths to stop it. We are a small group in Lancashire who believe passionately in what we do and here we are receiving letters from a giant firm of London lawyers threatening legal action. It’s hard not to see it as anything other than intimidation. It makes us even more determined.”

The RSPB denied its actions were heavy-handed, saying it respected the right of others to criticise but the legal letter had been sent to protect volunteers from what it believed were unsubstantiated and defamatory allegations on the NWRG website. It said Clifford Chance had sent the letter without a fee as part of a “pro bono” charitable partnership. A spokesman said: “Normally we take this type of criticism on the chin but we have a duty of care towards our staff and we must protect them from untrue claims. We are not a litigious organisation and the decision to send this letter was not taken lightly.”

The row is symptomatic of rising anxiety among conservationists as they see the success stories of bird-of-prey conservation in recent years, such as the widespread return of the red kite across England and a rise in buzzard numbers, offset by problems for some of Britain’s most iconic hawks. 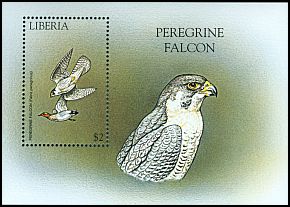