The aim of this study was to investigate whether Roundup® (a glyphosate-based herbicide) leads to neurotoxicity in hippocampus of immature rats following acute (30min) and chronic (pregnancy and lactation) pesticide exposure. Maternal exposure to pesticide was undertaken by treating dams orally with 1% Roundup® (0.38% glyphosate) during pregnancy and lactation (till 15-day-old). Hippocampal slices from 15 day old rats were acutely exposed to Roundup® (0.00005-0.1%) during 30min and experiments were carried out to determine whether glyphosate affects 45Ca2+ influx and cell viability. Moreover, we investigated the pesticide effects on oxidative stress parameters, 14C-α-methyl-amino-isobutyric acid (14C-MeAIB) accumulation, as well as glutamate uptake, release and metabolism. Results showed that acute exposure to Roundup® (30min) increases 45Ca2+ influx by activating NMDA receptors and voltage-dependent Ca2+ channels, leading to oxidative stress and neural cell death.

Static exposure of rats to methyl isocyanate, for one hour, led to respiratory impairment during and after exposure. The resultant changes in breathing pattern suggest that this compound is both a sensory and a pulmonary irritant. Low concentrations resulted in extensive necrosis and loss of epithelial cells in the proximal airways but widespread alveolar damage was found only after exposure to high, lethal concentrations. At high concentrations methyl isocyanate probably caused peracute death through reflex inhibition of breathing. Animals surviving the exposure exhibited signs of airway narrowing and development of (haemorrhagic) pulmonary oedema. The epithelial lesions were repaired rapidly, but residual peribronchial fibrosis and signs of renewed injury/inflammation were apparent.

Assessment of whether pesticide exposure is associated with neurodevelopmental outcomes in children can best be addressed with a systematic review of both the human and animal peer-reviewed literature. This review analyzed epidemiologic studies testing the hypothesis that exposure to pesticides during pregnancy and/or early childhood is associated with neurodevelopmental outcomes in children. Studies that directly queried pesticide exposure (e.g., via questionnaire or interview) or measured pesticide or metabolite levels in biological specimens from study participants (e.g., blood, urine, etc.) or their immediate environment (e.g., personal air monitoring, home dust samples, etc.) were eligible for inclusion. Consistency, strength of association, and dose response were key elements of the framework utilized for evaluating epidemiologic studies. As a whole, the epidemiologic studies did not strongly implicate any particular pesticide as being causally related to adverse neurodevelopmental outcomes in infants and children. A few associations were unique for a health outcome and specific pesticide, and alternative hypotheses could not be ruled out. Our survey of the in vivo peer-reviewed published mammalian literature focused on effects of the specific active ingredient of pesticides on functional neurodevelopmental endpoints (i.e., behavior, neuropharmacology and neuropathology). In most cases, effects were noted at dose levels within the same order of magnitude or higher compared to the point of departure used for chronic risk assessments in the United States. Thus, although the published animal studies may have characterized potential neurodevelopmental outcomes using endpoints not required by guideline studies, the effects were generally observed at or above effect levels measured in repeated-dose toxicology studies submitted to the U.S. Environmental Protection Agency (EPA). Suggestions for improved exposure assessment in epidemiology studies and more effective and tiered approaches in animal testing are discussed. 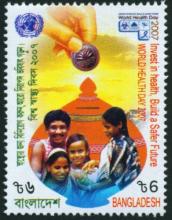 In the present study, ultrastructural alterations induced by oral administration of imidacloprid over 4 weeks was assessed in rats. Forty eight male sprague dawley rats procured from NIN and divided into four groups. Group 1 given with basal diet, group 2 orally gavaged with 80mg/kg/day imidacloprid, group 3 was treated with vitamin C at the rate of 10 mg/kg b.wt/day and group 4 was treated with both imidacloprid and vitamin C
for 4 weeks. In group 2, Ultra thin sections of kidney has evidenced apoptotic nuclei, pleomorphic mitochondria and liver showed swollen nuclei, disrupted chromatin and rough endoplasmic reticulum. Testes revealed increased perinuclear space, disintegrated chromatin, degeneration of spermatids and brain revealed vacuolar mitochondria and apoptotic nuclei. A mild improvement was observed in group 4. In conclusion, these results suggest that exposure to imidacloprid in rats induced ultrastructural alterations and co-administration of vitamin C brought mild protection. 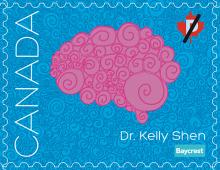 Dose- and term-dependent differences in the location and nature of brain lesions induced in rats and dogs by 2,5-hexanedione (2,5-HD), misonidazole, clioquinol, and acrylamide are reported. Subchronic neuropathies ("distal axonopathy") were induced by low-dose administration of these neurotoxicants and at high doses, lesions caused by acute or subacute neurotoxicity were found in the central nervous system (CNS). In rats, 2,5-HD induced extracellular edema, nerve cell degeneration, and axonal degeneration in the cerebellar and vestibular nuclei. Similar lesions were observed in misonidazole-treated dogs and clioquinol induced nerve cell degeneration in the hippocampus and malacia in the piriform lobes of these animals. In rats, acrylamide induced degeneration of Purkinje cells. Although the mechanism(s) underlying the differential neurotoxicity of high and low doses of these neurotoxicants remains unclear, we suggest certain biochemical mechanisms, cytotoxic edema and excitotoxicity, as factors in the production of such lesions after high-dose treatment.

But this information was not made public. On the contrary, the pesticide industry and Europe’s regulators have jointly misled the public with claims that glyphosate is safe. As a result, Roundup is used by home gardeners and local authorities on roadsides, in school grounds, and in other public areas, as well as in farmers’ fields.

In September 2011 a Green Member of the Dutch Parliament, Rik Grashoff, put forward a Parliamentary motion proposing a ban on the "commercial use" of Roundup outside agriculture. In the motion, Grashoff cited evidence presented in Earth Open Source's report, "Roundup and birth defects: Is the public being kept in the dark?". This report revealed that industry's own studies carried out as long ago as the 1980s showed that glyphosate, Roundup's active ingredient, causes birth defects in laboratory animals. These findings, and evidence of other types of harm, have been confirmed in independent peer-reviewed studies, also mentioned by Grashoff in the motion. Grashoff added that Roundup is a threat to drinking water supplies and that alternative methods of weed control are available. Grashoff's motion gained majority support in the Parliament, so now the relevant minister has to work out a proposal. There has been talk of stopping the use of the herbicide on streets, in parks, and other public places. Our sources in The Netherlands tell us that Monsanto asked for a meeting with the minister. In due course, a "Sustainable Weed Control Support Group" was founded by "users and producers of herbicides", including a website, facebook and twitter sites. These sites promote the notion of the "sustainable use" of Roundup and claim declining levels of pollution in surface water in recent years. On 25 June 2012 Monsanto placed a large advertisement in De Telegraaf, the biggest newspaper in The Netherlands, claiming that EOS's report was wrong. Monsanto's counter-argument was that the studies highlighted in EOS's report – all of them, presumably! – had been evaluated by CTGB (the Dutch regulatory authority) and other EU authorities and were deemed not "relevant".

The European Food Safety Authority (EFSA) has belatedly discovered that the most common genetic regulatory sequence in commercial GMOs also encodes a significant fragment of a viral gene. The finding – published quietly in a new journal [1] - has serious ramifications for crop biotechnology and its regulation, but possibly even more so for consumers and farmers. There are clear indications that this viral gene (called Gene VI) might not be safe for human consumption, although the authors fall short of stating that. It also may disturb the normal functioning of crops, including their natural pest resistance. The authors, Nancy Podevin from the European Food Safety Authority (EFSA) and Patrick du Jardin at University of Liege in Belgium, discovered that of the 86 different transgenic events (unique insertions of foreign DNA) commercialized to-date in the United States 54 contain portions of Gene VI within them. They all have the regulatory sequence called the CaMV 35S promoter (from the cauliflower mosaic virus CaMV), the most commonly used for driving gene expression in GMOs. The events therefore include some of the most widely grown GM crops all over the world such as Roundup Ready soybeans (40-3-2) and MON810 maize. Also included is the controversial NK603 maize recently reported to cause tumours in rats [2] (see also [3] GM Cancer Warning Can No Longer Be Ignored, SiS 56).

European food safety officials have condemned a controversial study that suggested genetically modified vegetables caused tumors in rats and some advocates are calling upon the publishers of the journal in which it appeared to issue a formal retraction. The paper in question was written by University of Caen researcher Gilles-Eric Seralini and suggested that rodents developed tumors and suffered from multiple organ failure after consuming genetically altered corn produced by St. Louis-based Monsanto, according to Kate Kelland of Reuters. In response to criticisms, Reed Elsevier, publishers of Food and Chemical Toxicology, published a statement on their website claiming that Seralini’s work had been “objectively and anonymously peer reviewed.” Furthermore, they said that the authors had made “a series of revisions” and that only then was “the corrected paper then accepted by the editor,” according to E.B. Solomont of the St. Louis Business Journal.

European food safety officials have condemned a controversial study that suggested genetically modified vegetables caused tumors in rats and some advocates are calling upon the publishers of the journal in which it appeared to issue a formal retraction. The paper in question was written by University of Caen researcher Gilles-Eric Seralini and suggested that rodents developed tumors and suffered from multiple organ failure after consuming genetically altered corn produced by St. Louis-based Monsanto, according to Kate Kelland of Reuters. In a letter to the editor of the journal Food and Chemical Toxicology, which originally published the research, Maurice Moloney, head of the Rothamsted Research agricultural study group, called the paper “seriously deficient in its design, its execution and its conclusions,” Reuters added. Moloney added that it was “appalling” that a “respected” journal would publish the study. In response to those criticisms, Reed Elsevier, publishers of Food and Chemical Toxicology, published a statement on their website claiming that Seralini’s work had been “objectively and anonymously peer reviewed.” Furthermore, they said that the authors had made “a series of revisions” and that only then was “the corrected paper then accepted by the editor,” according to E.B. Solomont of the St. Louis Business Journal. The journal also said its editors and publisher would review its peer review process to ensure its standards are appropriate. ‘If we conclude that changes need to be made to the peer review process, that will be communicated openly to readers of the journal,’ the journal said,” Solomont added.